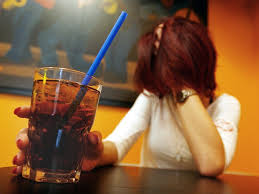 Alcohol use disorder and divorce are strongly correlated, meaning that experiencing one makes it more likely to experience the other in one's lifetime, according to a new study led by researchers at Virginia Commonwealth University.

The study, "Alcohol use disorder and divorce: Evidence for a genetic correlation in a population-based Swedish sample," will appear in the journal Addiction, published by the Society for the Study of Addiction.

Previous research has shown that alcohol use disorder and divorce are closely tied. The researchers in this study sought to understand why, and in what ways.

"In this study, we were asking the simple question, 'Why are AUD and divorce related to one another?'" said lead author Jessica Salvatore, Ph.D., assistant professor in the Department of Psychology in the College of Humanities and Sciences. "What we find is that genetic factors account for a substantial proportion (about 50 percent) of this association, and then nonshared environmental factors account for the rest."

The researchers identified twin and sibling pairs with alcohol use disorder and divorce information from national population registries in Sweden, totaling 670,836 individuals born between 1940 and 1965.

"What we were able to do in this genetically informative sample was look at the sources of covariation between alcohol use disorder and divorce," Salvatore said. "What that means in layman's terms is we were able to disentangle the degree to which genetic and environmental influences contribute to the correlation between alcohol use disorder and divorce."

Problem drinking that becomes severe is diagnosed as an "alcohol use disorder" or AUD. According to the National Institute on Alcohol Abuse and Alcoholism, it affected 17 million adults in the United States ages 18 and older in 2012, including 11.2 million men and 5.7 million women.

Roughly 40 to 50 percent of marriages in the United States end in divorce, according to the American Psychological Association.

Additional authors on the study included Sara Larsson Lönn, Jan Sunquist and Kristina Sundquist of the Center for Primary Health Care Research at Lund University in Malmö, Sweden; and Paul Lichtenstein of the Department of Medical Epidemiology and Biostatistics, Karolinska Institutet in Solna, Sweden.

Kenneth S. Kendler, M.D., professor of psychiatry and human and molecular genetics in the Department of Psychiatry at VCU School of Medicine, was the senior author on the study.

"With our close Swedish colleagues, doctors Jan and Kristina Sundquist, we have been trying to understand how marital history—both marriage and divorce—impact risk for alcohol use disorder," Kendler said. "This paper contributes substantially to that effort by showing that what we sometimes consider to be an aspect of the environment (a history of divorce) can also be influenced by genetic factors. These results show the complexity of the interaction over time between our genes, our environmental experiences and our risk for substance use disorders. This pathway is complex but quite important given our and others evidence of the strong impact of marital status on risk for alcoholism."

Salvatore said researchers were not entirely surprised by their findings about the ties between alcohol use disorder and divorce, as previous studies have shown that divorce and difficult personality traits share some genetic influences.

One interesting finding, however, focused on the nongenetic factors that alcohol use disorder and divorce had in common.

"We found evidence that idiosyncratic environmental factors also contribute to the covariation between alcohol use disorder and divorce. And although our research design didn't allow us to specifically identify what those environments are, there is one high-potential candidate," Salvatore said. "In the context of relationships, one very potent environmental influence that is specific to each individual is who their partner is. And that's going to influence both the degree to which people are drinking, as well as their likelihood to divorce."