How America’s prisons are fueling the opioid epidemic 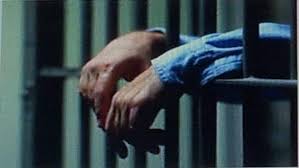 How America’s prisons are fueling the opioid epidemic

Prisons aren’t linking people to adequate addiction treatment — and many are dying as a result.

For once, Casey is optimistic about his future. After 16 years of struggling with drug addiction, he no longer feels the need to use. He has a steady job doing hazard tree removal for a Fortune 500 energy company. He’s working on getting specialized training for a license to help him land better-paying jobs. He’s even going to the gym.

But Casey, who asked that I only use his first name for this story, knows this could have turned out very differently. In fact, it had the past few times he was released from prison. Before, he had relapsed as quickly as a matter of days — not only exposing himself to the risk of a deadly overdose but leading to a spiral of drug use that hindered just about every aspect of his life and, often, landed him in prison again.

The big difference: This time, he got treatment — real treatment — while he was in prison.

Casey, who’s 36, was one of the beneficiaries of Rhode Island’s relatively new approach to treating opioid addiction in prisons and jails: It now provides the three main medications for opioid addiction to inmates within its facilities, with few strings attached. The three medications — buprenorphine, methadone, and naltrexone — are considered by experts to be the gold standard of care for opioid addiction, with studies showing that they reduce the all-cause mortality rate among opioid addiction patients by half or more and do a far better job of keeping people in treatment than non-medication approaches.

“If I tried doing it on my own, I would have relapsed,” Casey told me. “I hate saying that, because I’m a mentally strong person — you know, I can go through the wringer. But after six or seven or eight years of doing this to myself, all of a sudden when I get clean [without medication], I just don’t feel 100 percent. I’m stuck at 90.” He said that buprenorphine, which he started taking after he was incarcerated in November, keeps him at 100 percent without using other drugs.

Rhode Island’s approach is unusual. In an extensive review of state prison policies, I found that almost no state prison system offers these medications to inmates suffering from opioid use disorder. Only Rhode Island credibly reported providing full access to all three kinds of medication. The great majority of states reported not providing any medication at all or allowing only naltrexone, the medication with the least evidence behind its effectiveness.

I looked for a state that’s taken the opioid epidemic seriously. I found Vermont.

In other words, the majority of state prisons don’t offer full access to what experts say is the mainline form of treatment for opioid addiction — and the kind of treatment that has helped Casey get his life back in order.

Before this, Casey had struggled with addiction for 16 years, starting with OxyContin and progressing to heroin and other substances. In that time, he was arrested four times for drug possession, and he was held in prison for a few weeks or months at a time. He would be “clean,” he said, initially during his release — since he was forced to detox in prison — but within days or weeks, he’d be back to using drugs.

With buprenorphine treatment that began with his most recent stint in prison, Casey has managed to avoid relapse since he was released in mid-January. “I don’t feel the cravings like I did before,” he said. “It’s really helped me to stay clean.”

In some ways, Casey is lucky — he survived to this point. Since so few state prisons offer adequate access to treatment, the days and weeks after a person’s release from prison are perhaps the single deadliest time period in the US’s opioid epidemic.

When an inmate addicted to opioids is released from prison, his chances of a fatal overdose are massively elevated: According to a 2007 study published in The New England Journal of Medicine, former inmates’ risk of a fatal drug overdose is 129 times as high as it is for the general population during the two weeks after release. Other studies have backed this up, putting the increased risk of overdose death in the tens of times or above 100 times.